What got you started in this topic about this obscure but important scientist?

I first encountered Professor Mechoulam in 1999 when my mother was undergoing chemotherapy for breast cancer. Her oncologist told her to find hashish to alleviate the side effects of chemo. She asked me what I knew about hash. Everything I knew I had learned from coffee shops in Amsterdam – not much. All I knew was that it could make you feel good. My mom was concerned about the damage to the brain. It was a well-known “fact” that pot caused brain damage.  I had no answer. 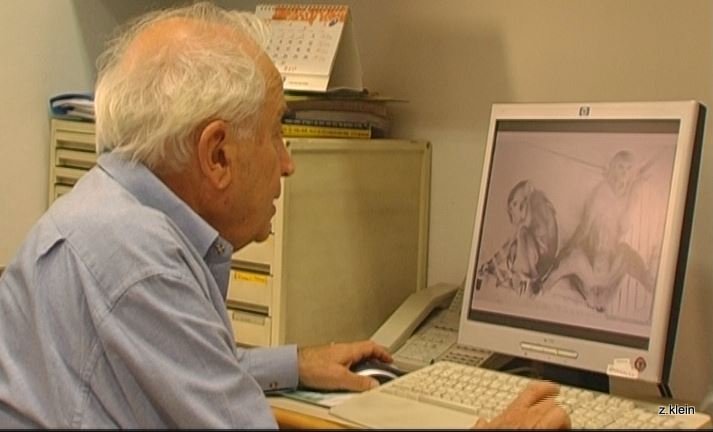 At the time Mechoulam was in the media, because he had won the Israeli Prize for Science, so I went to his lecture, which was mind blowing and changed everything I knew about cannabis. After the lecture I approached the podium and asked about the brain. He said, ‘Didn’t you listen to my lecture?’ In the lecture he had explained that in experiments cannabinoids actually reversed the damage done to the brains of mice. The endocannabinoid system actually protects the brain.

Anyway cannabis was good for my mother and the research was enlightening. I went to him and said, “I want to make a documentary about you and the science,” and he told me I’d be better off making a film about the science and medical cannabis for the public. So I made my film, Prescribed Grass [which aired on Israeli television in 2009 and was responsible for the state launching the world’s first and largest medical cannabis program]. After that I went back to him and said, ‘OK, I did that. I still want to make a documentary about you.’

He hesitated. His concern was I’d use the non toxicity to promote arguments for recreational use. He was suspicious of the media and his concern was well placed. Fifteen years ago, newspapers were always trying to take the piss out of him. They would refer to him as Doctor Dope or Professor High. 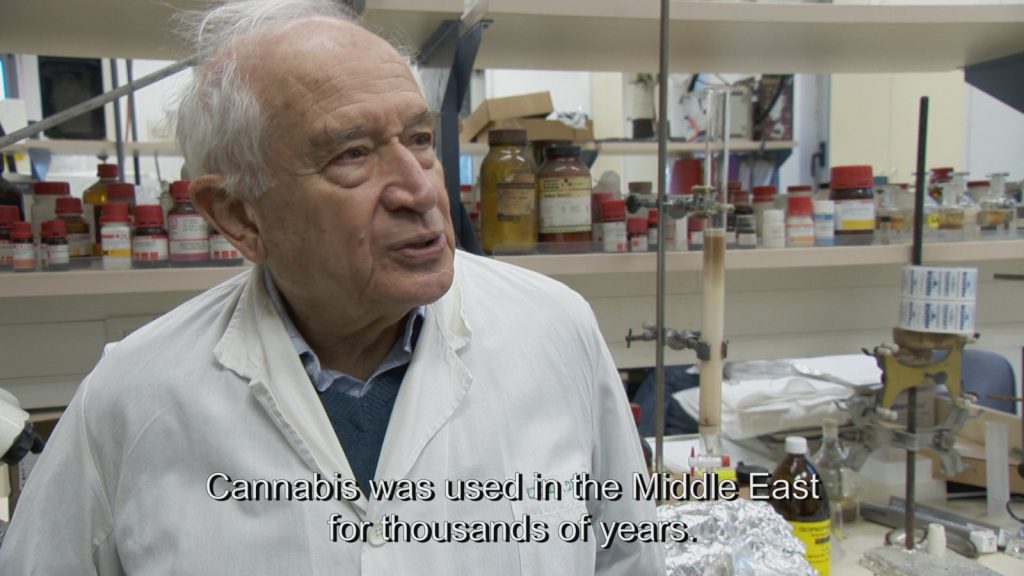 It was dismissive and it hurt. He didn’t want the attention to focus only on getting high at the expense looking at other important aspects. But when he finally learned what interests me, he agreed.

What about Mechoulam made you think he was important topic for a documentary?

His humbleness and seriousness about the subject and respectfulness. He respects everyone.

Someone once said Mechoulam is amazing because no one has thought about cannabis from as many angles, or as deeply as he has.

He has looked at the history of the medical use of cannabis and pushed research forward on many fronts. He was the first to explore cannabinoids in the brain. Then he went to a bone expert and learned that cannabinoids also help broken bones to heal more quickly. PTSD, pain, seizure disorders…he went looking everywhere for the connections that these diseases had with the endocannabinoid system. He pushed different research groups around the world.

I thought Esther Fride’s work was fascinating about how babies thrive.

She was a colleague of his and expert on genetics and biology and she studied the problem of FTT: Failure To Thrive before she died in 2009. This is a problem of newborns. She was working with mice. What they learned is that mother’s milk contained a lot of endocannabinoids. And the mice without endocannabinoid systems did not survive. Then they gave the mice the milk without cannabinoids and they too did not thrive. The cannabinoid system is actually responsible for the desire to eat. It’s key to human survival.

It’s not comparable to another system. It’s difficult to explain.

It’s like the supercomputer of the other systems in the body.

Does anyone still doubt the system exists?

Twenty years ago there was doubt in the academy. But today, we know it is really groundbreaking. It’s like finding the atom or like finding America. There is no more scientific dispute that there are these receptors.

When Darwin finished his ideas on evolution he put them in a drawer for 20 years because he feared what the Church would say. Mechoulam was never vilified because he is such a great scientist, but the world has been slow to understand his findings because of the demonization that Cannabis suffered since the beginning of the war on drugs.

This subject is much, much bigger than cannabis. It’s good to know that cannabis is safe to use, non-toxic and can help us with a lot of medical problems. But the endocannabinoid system is not only cannabis. We have cannabinoid receptors in our brains that cause psychoactivity but we have another type of receptor in the organs that works on the immune system. And there are other compounds, from different plants, so in a way the story of plant medicines and how they affect this system is just beginning.

The endocannabinoid system is said to help the body eat sleep protect relax forget…is that proven?

An Italian researcher, Vincenzo DI Marzo, coined the sentence, and it’s proven. The forgetting system is also controlled by the endocannabinoid system. Everything is proven, mostly on mice. PTSD, we talk about forget and sleep. Eat was proven on cancer and AIDS patients. Also pain, so it’s relaxing. Everything is proven.

What do you want people to take away from The Scientist? Even the title isn’t going to draw a lot of people.

I think people can learn about the endocannabinoid system in our body, but also to learn how a scientist works, inside the limitation of the scientific community and our culture.

What’s the most important thing you’ve learned in making this documentary?

Mechoulam is 84 but his mind is young. It’s fertile and he’s still creating new ideas all the time.

Why should I tell someone to see this film?