PBS and “The Scientist”

Footage of Raphael Mechoulam from “The Scientist: are we missing something?”
Courtesy of Zach Klein and Fundación CANNA 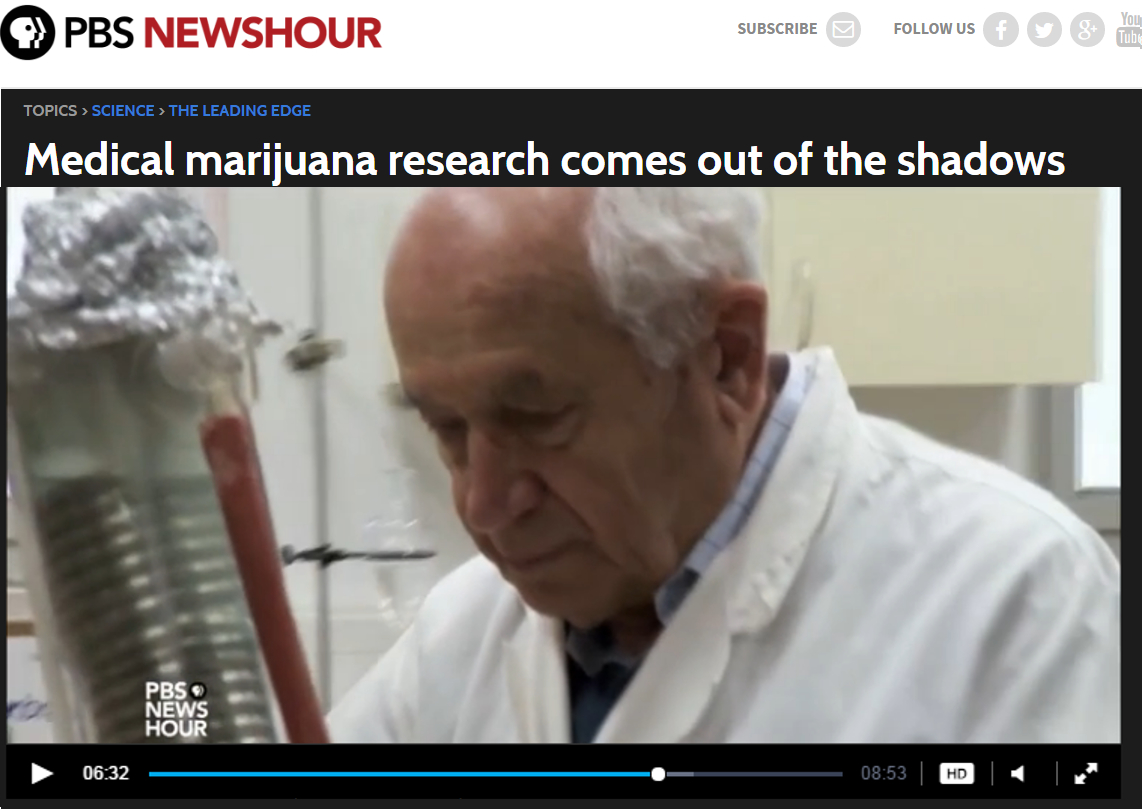 It was an unprecedented meeting of the minds and it happened at Harvard Medical School. The subject of April’s confab? Medical cannabis. Researchers suspect cannabis can do so many things, from fighting cancer to easing concussions and Crohn’s disease. There are still tight restrictions but weed is increasingly coming into the scientific mainstream. Science correspondent Miles O’Brien reports.
http://player.pbs.org/viralplayer/2365802364